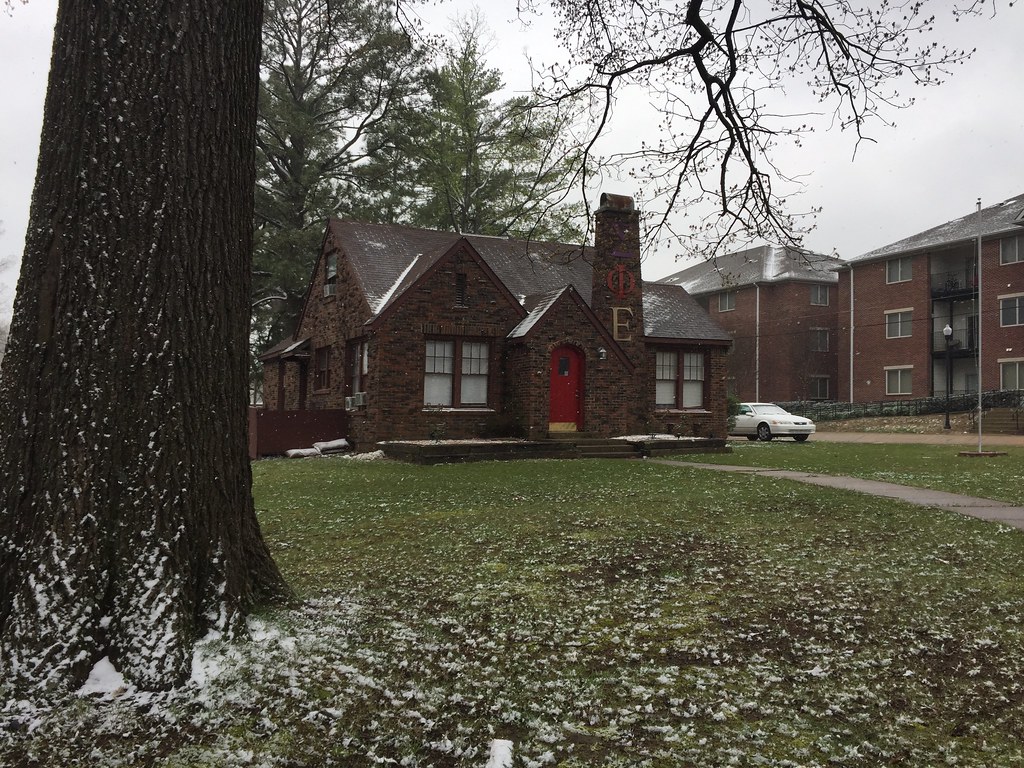 Working near a college campus means that I see fraternity guys a lot more often than I would in other parts of town. In February the Vanderbilt student newspaper ran a since-retracted anonymous OpEd titled “In Defense of Hazing,” which drew a rather thoughtful also-anonymous rebuttal in the student political journal1.

As a fraternity member (note the absence of the word “former”), I have mostly found the debate about hazing not all that debatable. It is against the law in Tennessee, and whatever “fraternal bond” it supposedly builds is more likely a byproduct of the psychological damage it inflicts rewiring the experience into something mistaken for “love.” I struggled2 with authority issues as a younger man, so I can’t imagine doing anything solely because somebody said so, particularly if involved the risk of bodily harm.

I went to our chapter’s “Family Day” this year after several years of mostly not going back to Martin, or only going at some point around the campus’s annual homecoming events. I had taken a renewed interest in our Alumni Volunteer Corporation, where I had last served from 2010-2013. The chapter, now 20+ years on campus, is still in a cozy but aging chapter house and the adjacent house is used mostly for storage. I wanted to see what the future held for the physical home of the fraternity, as well as find out how had things had changed with the national fraternity voting last year that all chapter property would be “substance free” going forward.

Now for folks not familiar with most of those terms, it means that the parties and events that had alcohol served could no longer be held at the fraternity house, and the people that lived there could not have alcohol (or other already banned stuff) in their rooms. So parties had to be either be dry, or held somewhere else. That “somewhere else” also has some strings attached. The VP of Programming has to file with the national fraternity in advance of any such event the appropriate notice (read: paperwork) that states the risk management plan, insurance documentation of the venue, etc. Any event, regardless of whether an incident occurs, not within compliance of those rules would not end well for the chapter as a whole.

It all comes down to insurance. Every one of those nightly news stories about hazing, sexual assault, etc. that happens at a fraternity house typically leads to litigation against the national fraternity. The local chapters are perennially broke, but national fraternities typically have multimillion dollar bank accounts. And as a business law professor would often remind us, there is no replacement for a solvent defendant. The national fraternity recognizes this, and purchases insurance to shield itself from catastrophic damages that are most likely to be awarded in court. With the cost of that insurance rising, and not being able to get broke college students to shoulder more of that cost, insurance companies are looking at the actuarial tables and figuring out which chapters don’t have those eye-popping settlements versus those that do.

The common court exhibit was booze and/or drugs at the chapter house. Simple as that.

My fraternity is going to great lengths to convince everyone that this is the “new normal” in order for them to exist on college campuses, and anything else is a slow but steady march towards obscurity. They certainly have data and university administrators on their side in this argument. The Tennessee legislature considered a bill to ban greek organizations altogether on state college campuses this past January. It has become less a matter of changing the perception and more about finding a path for survival.

I am excited about another stint on the AVC. I cannot help but chuckle at what “old guys” in the chapter would have to say about this prospect, now realizing that they were a few years younger than I am now. Working within the “new normal” is going to be a bit of a challenge, but I believe things are going to be better off in the long run.