A Letter to My Hometown 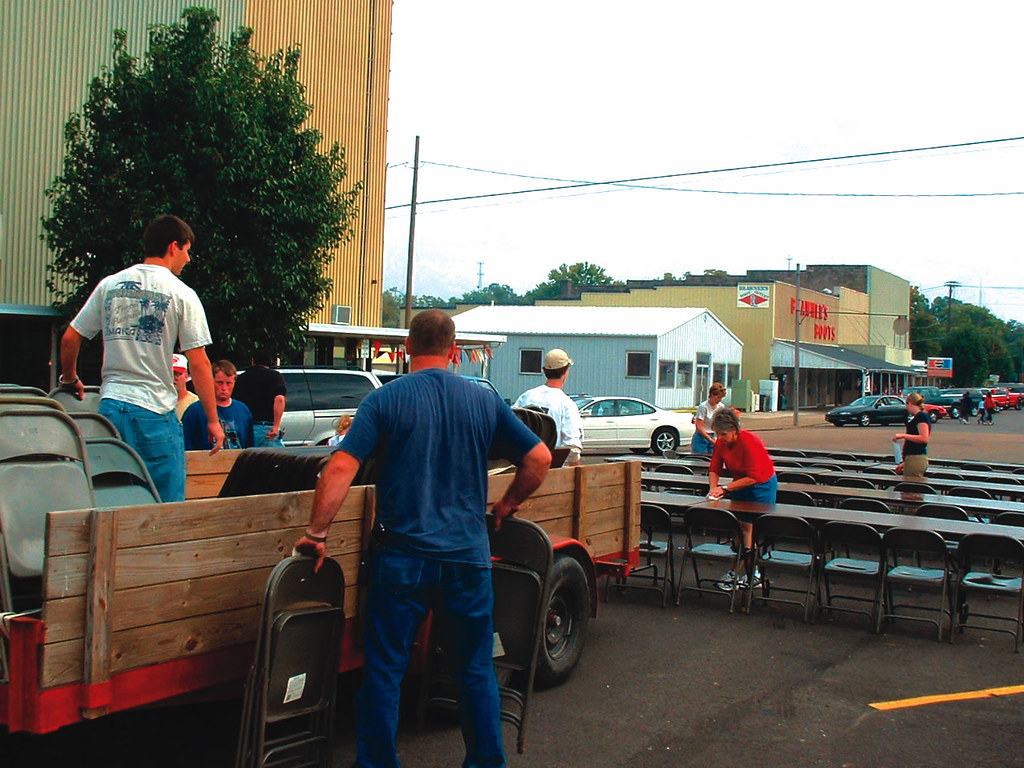 Hi there! Look, I know we have not talked in a long time. In fact, the last time I set foot inside the city limits for anything other than a tank of gas or a Coke was nearly a decade ago. But I feel like time and distance has not had a lot of an effect on us, so I’m writing now.

And not in the condescending tone a thousand think pieces have been written about you, particularly since the election. I have a deeper worry than superficial things like political beliefs that are subject to change every two to four years. I am worried because things are changing fast, and you do not seem to be prepared at all.

With rare exception, the jobs that left Weakley County in the 1980s and 90s never came back. No matter the governor, the President, senator, state representative, etc. They all said something about bringing them back, but you sit at a disadvantage in just about every category. Your infrastructure is not sophisticated enough to support the logistics of shipping goods in and out. Your workforce does not have the education nor the skills to do the work in modern factories. Your coffers are bled dry by aging pipes and civic buildings. They threaten to bus your kids to another school elsewhere in the county every five to seven years because of budget cuts. You are under siege in a battle that can never really be won.

While I do worry, I am proud of where you and I come from.

You keep on by driving farther than most to find work. Your loyalty to family keeps you from selling the property and moving closer, even though you know it might be the best choice in the long run. You celebrate the wins of the high school sports teams. You entertain yourselves in the booths of the local diner by listening and telling stories. Your picture is still in the hallway at the high school, even if they tore down your favorite spot to get a smoke in after lunch.

There are some things, though, that I wish I could tell you. The first being that there are not any real enemies in this world, and none of them become an enemy until we choose to make them one. That goes for politicians and everybody you don’t see eye to eye with – on religion, politics, or even sports fandoms. It is downright foolish to label people that way, and it definitely doesn’t speak well of anyone who does it. Love one another, y’all. Particularly the ones that don’t think, act or look like you.

The second thing is that the “big” city is nothing to be afraid of. Look, I saw the same newscasts you did for years and all that most folks remember is the two gang-related shootings and a stabbing that invariably ended up in the broadcast. You need to think objectively about this – sure, there are bad people out there, but people do not walk around scared. If anything, they put more pressure on their council member and police force for more patrols and provide information that leads to arrests. You can’t listen to the nightly news and think everything in the city is a hellscape. My math is probably wrong, but one murder in Greenfield by a jilted lover would translate into nearly 8,000 people dying in Nashville.1 There are not “bad” neighborhoods because, unlike the 1970s, citizens give a damn about all of their city.

The third thing is that you have got to get out more and meet some more people. I had never met anyone of the Jewish faith until I got to Nashville. Nor did I know a Mormon, Muslim, Hindu, etc. I honestly thought religious diversity was talking to the Church of Christ folks while being a Baptist.2 And I could list the non-white folks in my high school on one hand. Do you know how embarrassed I was to suggest a pork dish to my prom date?3 All that could have been avoided if I had simply met folks that were not just like me a bit earlier in life.

And I get it. I must not “understand how things are” anymore. While it has been a while, I still vividly recall at the age of 12 realizing a friend’s mom was addicted to pain pills. You cannot get the treatment that you and your family need without driving way too far. And that many parents routinely pulled out of the driveway at 10 p.m. to head to a third-shift job a county over. Or walking down Front Street and seeing the signs in the shuttered businesses asking for patronage to the ones that remained. You have your faith and family to guide you. And while some days can be a struggle, there is still laughter and hope.

You used to vote for both Democrats and Republicans, and party affiliation correlated with which church you went to instead of whether you attended one at all. That all changed in short order when politicians came along and told you it was morally reprehensible to ever support the Democratic Party again after the Clinton years. You listened to the “Contract with America” folks in the nineties and watched in horror as NAFTA was enacted, even without fully understanding it beyond “jobs going to Mexico”.4 And with that, you booted some of your best advocates for rural West Tennessee from the state house and the US Congress. Never to be forgiven for sharing the same party affiliation.

Y’all, the guys you got up here now are clowns and not terribly good at much more than copying and pasting what a think-tank tells them5. They would rather spend time talking about how much good they are doing by bashing the newspapers and television stations than actually doing any good. Do not be afraid of looking at two or three folks for an elected office and voting for which one sounds the smartest – turns out, smart people tend to be better listeners to what really matters instead of telling you what they think sounds good.

It takes two sides to come up with the best idea, even if both of them have good ideas and intentions. Stop looking at compromise as some sign of weakness; It’s how we managed to get along this far as a society. Never fear another man, no matter where he comes from or what God he believes in or doesn’t. Be kind to everybody. Tell all them I said hey.