Commuting by bus in Nashville 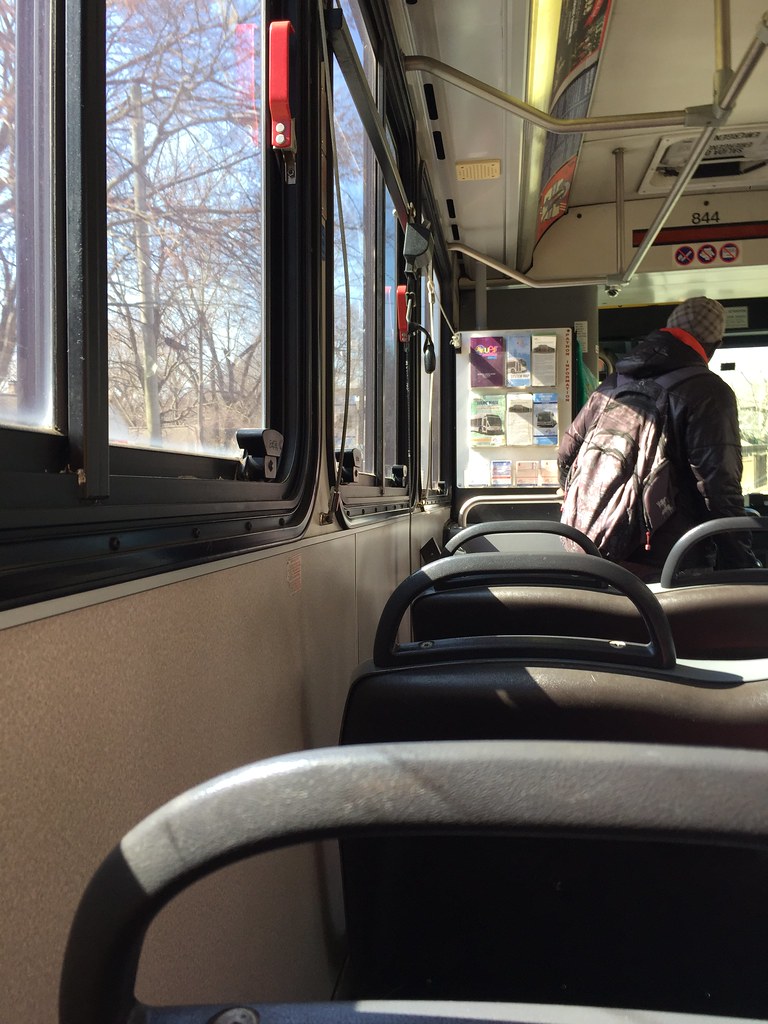 Starting at the end of December 2015, I became a remote worker. As our company president has written, a series of unexpected circumstances led to the conclusion, but there we were. It was the first time I had ever done remote work other than freelance web development, so it was a bit of a personal adjustment. I decided to rent co-working space alongside a few friends in a downtown office.

I also opted not to bother getting a parking permit at one of the nearby lots. While the company offered to pay for it, I had all but decided it was time to embrace mass transit.

There were a few reasons for going this route:

After two months of it, I wanted to share a few observations and tips from commuting daily.

Use a realtime transit application

This was not an option when I rode the bus most of last year. It makes all the difference when you no longer have to memorize a schedule or guess if the bus is running ahead or behind.

I prefer Transit as it is optimized for quick use, but there is also the MTA’s own app. I can sit in my living room and see where on the map how far the bus has made it on its route so I spend less time waiting for it at the stop.

Learn what route numbers go nearby

The MTA system is a hub-and-spoke design, with all routes originating and terminating at the Music City Central station downtown. This means if you want to go from say, Bellevue to East Nashville, you would need to get on your local route (e.g. 5) to get to the station and then get on another bus to get to your destination (e.g. 26). Google Maps or the Transit app mentioned above will advise the best match.

The one variation on the pure hub-and-spoke system is a series of transfer points, which are roadside shelters that serve multiple routes. When two bus routes cross, you can get off at one stop to catch the next one heading in another direction.

I am fortunate in that I usually only need to hop on the 4 to get from home to the co-working space. If I need to go all the way in to headquarters, I hop on the 8. Knowing which bus goes where is essential to not ending up halfway to Pegram on accident. 1

Unless you plan to make several trips a day, the seven and 30-day passes do not make much sense. Unless you live on one of the handful of express routes, it is easier to pay the extra 50 cents if you need to use of the ‘X’ route busses. They run $32, and can be purchased with a credit or debit card. I would suggest buying a new card when you are down to less than five rides on the last one.

For some reason, the cards are only sold at the downtown station. When I traveled to Chicago, you could buy a fare card at just about any Walgreens. 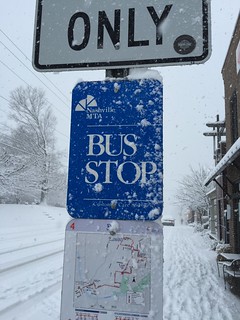 Prepare for the elements (and a bit of walking)

Tennessee’s temperate climate means a lot of rain. Particularly if you are commuting with an expensive laptop, an umbrella is a must. It is also a good idea to have a decent pair of shoes if you expect to walk a good distance.

Use the circulator routes downtown

MTA runs two routes (60 and 61) that are free to use. They run by the main station and go to the Gulch, Bicentennial Mall and Riverfront. It is also a quick ride if you need to get through our somewhat hilly downtown without breaking a sweat.

I live on a route that has two variations a bit past our apartment. The head sign on the bus (and the app schedule itself) will say where it is going and how it will get there. Some routes will only run certain loops while others may run all loops (thereby taking longer to complete its circuit). Boarding the wrong bus can quickly add a half hour or a mile walk to arrive at your destination. 2

What I learned after two months

Nashville, Tennessee is growing. Within ten years, another 50,000 people will move into Davidson County; An estimated 500,000 more moving into the Middle Tennessee area could move in by 2035. 4

You will often hear folks talk about our “lousy” mass transit in Nashville, particularly if they compare it to other cities that have made more of an investment in it. You may even hear that “only poor people ride the bus.” 5 After riding for two months, I completely disagree with both opinions.

The Nashville MTA has an opportunity to be improve, but it is meeting the needs of its current ridership – a ridership that is as diverse as the city it calls home.

I remain hopeful for my transit experience to improve as the months and years pass. Even for now, I am happy with my new routine.