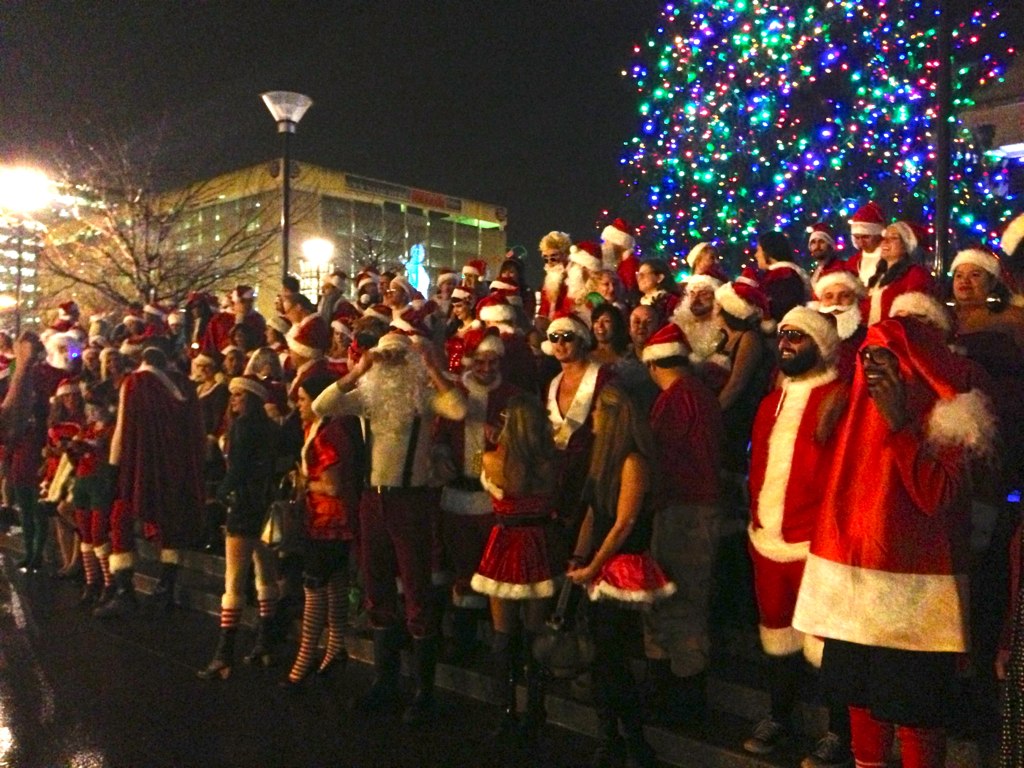 A jolly old elf I was not. The outfit looked every bit of the $10 I had paid for it, but it was perfectly fine. I wondered aloud about what I was getting myself into, then headed towards Second Avenue.

My biggest problem was the felt pants lack of pockets. Samantha had purchased me a Spi Belt to use while running, but I dobut this was what its inventors had in mind. The miniaturized and more stylish fanny-pack would work well sans-pockets. The reason for the yuletide merriment was the annual Santa Rampage, a seven year-old event affiliated with a global movement of sorts. The rules, if you can call them that, were pretty basic: 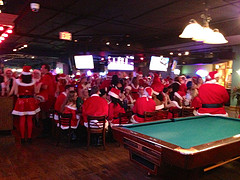 If you went looking for other rules or a set itinerary, you were usually out of luck. I got to the designated starting bar a little after six and watched the end of a basketball game. The 20 or so Santas that had arrived quickly became 200. I ended up sitting with a group of folks while I feverishly texted anyone I thought might be making this journey tonight. At 8 p.m., we all made our way over to Public Square to have our picture taken in front of the city's Christmas tree.

I finally met up with folks I knew at Buffalo Billiards, and we made our way down to Doc Holiday's after that. By this point, I had two pints in me and quickly learned a truth about large, festive gatherings: Your drinking is directly controlled by your inability to actually buy alcohol in a crowded bar. Short of a Christmas miracle or a flask, sobriety was all but a given. I still wish I had taken more photos. 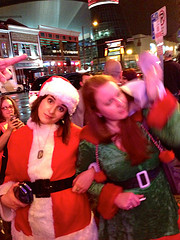 By this point, my $10 suit pants had ripped a huge gash in the crotch. Luckily, I'd counted on a similar mishap and was wearing running shorts underneath it lest I bring a little too much holiday cheer to somebody on accident. The rest of the evening was spent bouncing from bar to bar and yelling "SANTA!" to every stranger we met in a costume. Only a Saturday night in Nashville could feature a unicorn mask, a pair of wayward flasks, 90s rap that I'm convinced only suburban kids actually liked and hanging out with the wonderful editors of Nashvillest and a handful of other familiar faces.