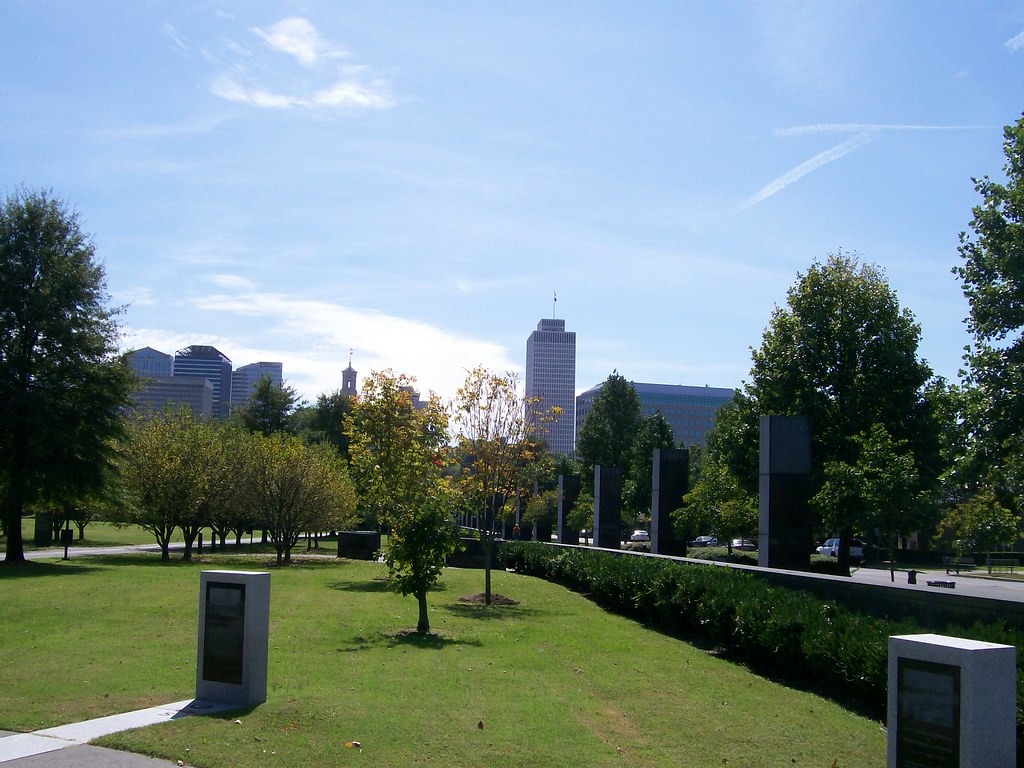 I love working in the downtown area. When staring at the computer screen is not cutting it anymore, I can walk down to Lower Broadway to gawk at the tourists. The sidewalks are filled with folks who are slowly taking it all in, family and friends in tow. The buskers vary from rough looking guys with beat up guitars to four-piece string bands back down to a lady playing a hypnotic rhythm with spoons.

There is construction everywhere, a signal of an improving local economy and the inevitable march of progress. The names on buildings keep changing and fences go up around parking lot before they give rise to the next member of the Nashville skyline. My network of friends has taken comfort in all of this, and there is a happy hour going on somewhere most afternoons.

It is easy to forget your surroundings. You go to work, wherever that is, and come home. You go out to eat and socialize, then come back home. The city where you live could very well be just a piece of trivial information subject to change. It is likely no coincidence that with the advent of the worker that can do their job from anywhere with an internet connection that we have a generation of nomads.

This has me thinking a lot about Nashville. I was talking with a friend recently about how all of his former coworkers were being lured to the west coast. I did not exactly see it that way -- people are going to go where they please, and moving around is far from the worst thing to happen to folks in their 20s and 30s. Given my small-town roots (there are local companies that employ more people than the entire population of where I grew up), I really do not share in that whimsy. The Music City is fine by me.

At some point in the next year, I will have spent about as many days living east of Tennessee River as I spent on the other shore. I still occasionally refer to myself as a "boy from rural West Tennessee", but it is not as big a part of my self-identity as it used to be. I'm just a proud Tennessean.

I meet folks all the time that fall in and out of love with Nashville, though. Friend circles change, economic pressures mount and a change of scenery might even be good for the soul. I have enjoyed my trips to Washington D.C., New York and Chicago. But I cannot quite imagine calling any of those places home. But as with most notions, there is no such thing as an absolute.

We were at a political event last night and were reminded of the 2010 floods and how residents and outside volunteers did outstanding acts of kindness to their neighbors. Somewhere in our closet is still a bucket with faded dust masks, a crowbar and work gloves. Volunteers found a sense of civic pride that dispelled the notion that "nobody is really from here anymore." For several weeks in May of 2010, Nashville became everyone's hometown.

Perhaps that was the time when I stopped thinking about where we should move next. I could think of a half dozen reasons to leave, but a million reasons to stay.