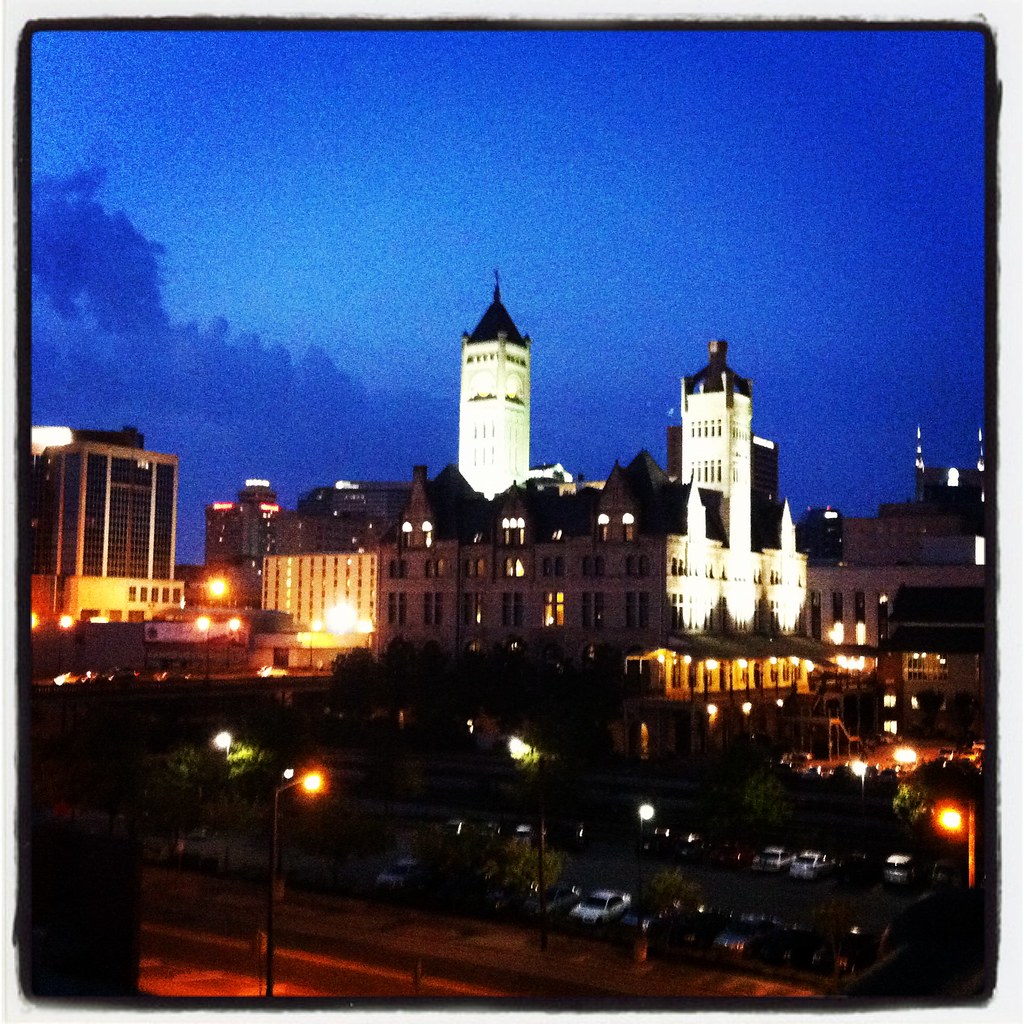 I heard the door shut this morning and a muffled "bye!" as I rolled over in bed. The muffled sound was because I had my head wedged between the two pillows, and under a mountain of blankets. I sat up just enough to get my legs moving, out of the bedroom to the shower, and off to work. Most mornings I am not entirely sure I'm actually "awake" (beyond those mental capacities necessary to drive) until I stroll through the office door. And even then, to classify it as a stroll is a bit much -- more like a lumbering tilt towards the Cokes in the fridge and whatever snacks still remain between the Costco runs. I sit down back at my desk, grab the laptop out of my bag and hope I have a chance to at least sign-on to Adium before whatever it is that will consume a good chunk of my morning occurs.

The new office, as it almost beyond being called, made for a decent vista for the Fourth of July fireworks over downtown. Well, you could not see about half of the fireworks because of the buildings between us and the river. For what it lacked in line of sight it made up for in being easy to get to, easy to get away from and secluded from the rest of the in-town visitors. The holiday being shoved in the middle of the work week made for some odd patterns (two Mondays? two Sundays?) but it did its part to mark the summer. And my, what a summer. Between the record breaking heat and the lousy news on the hockey front, I am already wanting September to roll back around.

Then again, I have a few small trips planned this summer (one involving roller coasters) after having already spent a week in California, so I think this summer will already be one of my most-traveled in at least two decades. There are also a handful of local events I want to catch in the next month or two, so all that works out well. In the meantime, my free time is taken up by two-to-seven year-old video games and goofing off on the Internet. Not a bad summer, after all.