Time in the valley 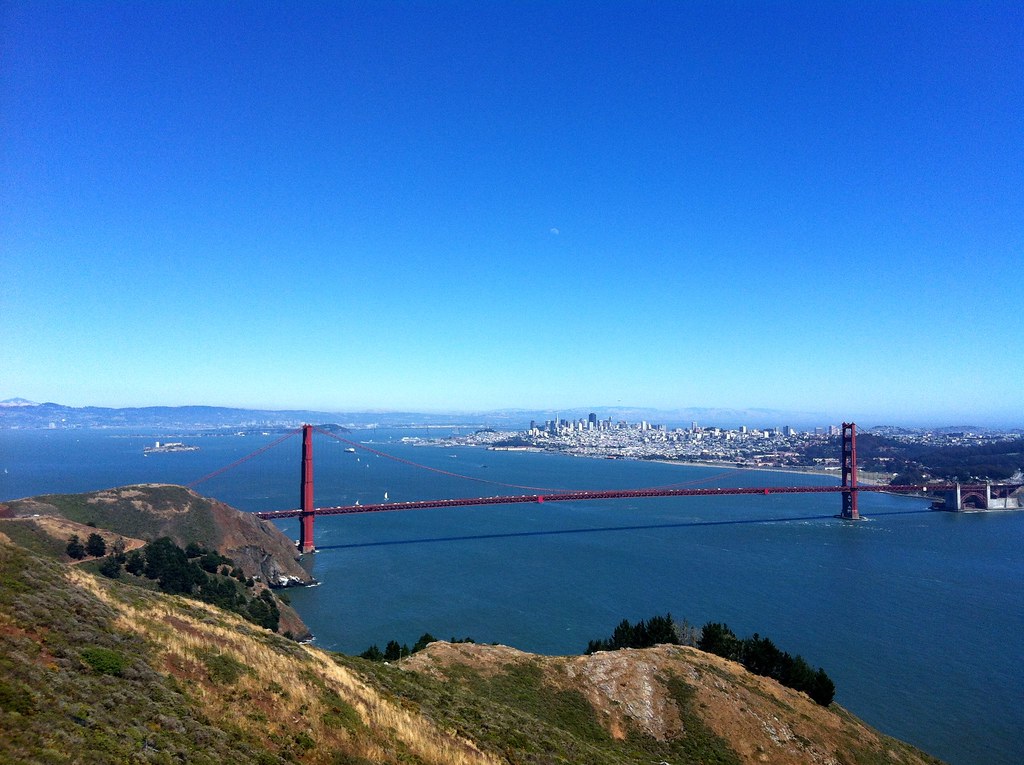 "Are you kidding me?! Are you for real?!," the officer shouted angrily. He wasn't questioning the metaphysical properties, simply expressing his displeasure that the car was partially blocking traffic. My coworkers and I stood at the corner, hoping that the driver (our driver) didn't wind up ticketed or worse. Big Mo moved his SUV, and we walked on to dinner.

That scene was Santana Row in San Jose, CA. Five of us had been dispatched to central California to attend a tech conference and we were intent on seeing the sights when we got the chance. Six days gave us a lot of opportunity in that regard. By the time our plane took off for home, we had raced down Lombard Street in a Suburban, toured a Nike-class missile site, been to Coit tower and Ghirardelli Square, ate near the corner of Haight-Ashbury, toured the Museum of Computer History and crossed the Golden Gate Bridge to get a better look at the Pacific Ocean. Not bad for a group of nerds from Tennessee.

It was also a good send off for the first half of 2012 that has drawn to a close. I returned home tired, slogged through Friday back in the office and nearly slept until noon on Saturday. We still managed to catch a movie (Ted) before retreating back to the air conditioning.

Aside from mediocre acting and slapstick comedy, it was actually a decent movie. Life is known for its wild fluctuations of emotion. Acquaintances become friends; friends drift apart. Frustrations give way to empathy; patience wears out. It is a complex dynamic between any two or more people, and it is forever changing from day to day. Nobody is immune to it.

But I am thankful for what stays the same -- a woman who loves me and friends who tolerate me against their better judgement.