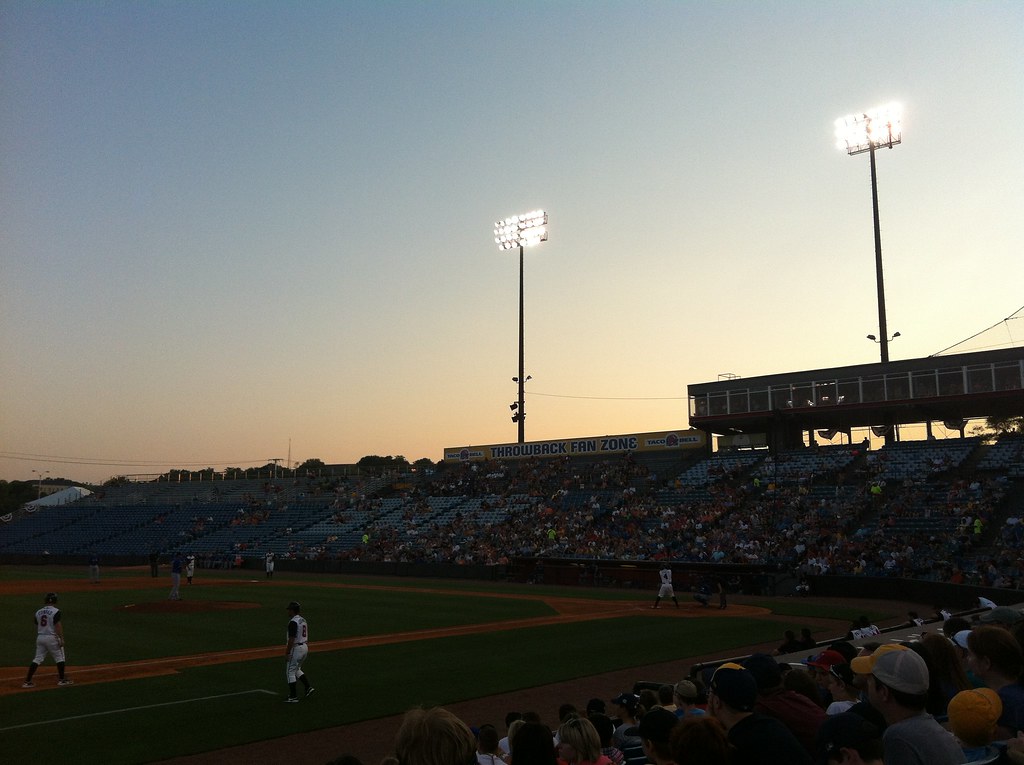 The child in front of me had full run of two seats between his parents, but even that was hardly enough space to contain that much enthusiasm. His older cousin would run back and forth between the sections of seats, presumably because other relatives were over there somewhere. I looked up at the scoreboard to see that the game had only made it out of the first inning, and the '90' up there was not the speed of the last pitch. "Welcome to summer," I thought to myself, as the child suddenly leaned over the seat-back far enough to trigger the spring mechanism, sending him tumbling down. He was scared more than anything, but fine. I decided the heat was just a bit much for the guy who really just wanted to go home and take a nap.

The kid had a mop and a half of hair, which had me thinking on the drive home. When the hat advertising the local produce distributor would barely fit on my head on account of too much hair, it would prompt my grandfather to load me up in his truck and head to one of the only two places to get a haircut in my home town. The other was a 'salon', by the very loosest definition of that word, for the ladies. The barber shop was staffed by an older, spectacled gentleman. Forgive me for not remembering his name. There was only one booth, and the waiting area was nothing more than a three or four folding chairs arranged around the barber while he worked. If you stuck your feet out, he would probably trip over them trying to make sure that both sides were even. The entire workspace could not have been more than 10 feet in any direction. "I see he took you that butcher again," was my common greeting upon returning home after an afternoon at the grandparents. I hardly cared about the relative skill of the barber, and to this day I am yet to get a haircut anywhere that I did not like. Then again, I rarely have an opinion about my hair other than "too long, time to get it trimmed."

I had to have gone to that barbershop at least 100 times between the ages of five and fifteen. It has taken me a long time to finally get in the habit of penciling in 'haircut' on my calendar, so I know for sure that it was rarely a visit by my own prompting. The barbershop was one of two businesses that split down the middle of what had been the city's only movie theatre that closed lord knows how many years ago. It still does not have one, and I doubt it ever will. It is just amusing to think about that barbershop, because it was little more than a little room off the sidewalk with wood paneling and Norman Rockwell calendars and old high school football posters hanging around. Behind the partition was another booth, but primarily used to wash hair whenever his female coworker was in there. I was 10, so I did not pay enough attention to know whether she was the co-owner, his wife, or just somebody else that worked there. The barber would strike up conversation with my grandfather (let's face it, I'm hardly one for conversation, particularly at that age) as if they had just gotten off the phone a few hours prior. It would be about what so and so was planning to do with a piece of property, what the city was up to and how my baseball team was doing.

That latter part was usually handled with a rather diplomatic answer.