Want to be rich 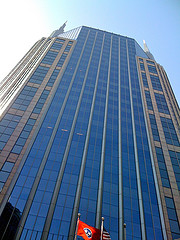 One cannot help but stand in awe at the dedication that Apple fans demonstrate on the day of a new product launch. Standing in long lines or waiting at sunrise for a store to open just does not strike me as worth the effort. Still, I am also not one to judge someone because of their feats of dedication -- I am the same guy who paid full-price for a ticket to a hockey game after missing the first two-thirds of it last month.

So a device that starts at around $499.00 is the tech du jour that makes the must-have list for many geeks. I get that. The more budget conscious side of me wonders what else could be done with around $500, and would that product or service match or exceed the gain of having an iPad? Probably not.

Local radio stations will sometimes run decade-themed weekends, usually the 80s or 90s. As I was driving around today, I heard "I Wanna Be Rich," a song by a one-hit wonder called Calloway (yes, I looked all that up). The song goes "I want money, lots and lots of money [...] For a little peace, love and happiness." This is where I could argue the point that the first part does not necessarily provide the second. Those are tired arguments.

What I do know is a bit about our society and the rules that we have to play by. If we have a job, we want to make more money while doing it (over time). That is simply a necessity to satisfy our other needs and wants; things that, generally speaking, require greater financial resources that we have at the moment. Still, with unemployment hanging at around 10 percent statewide, there has to be at least a mild tinge of guilt when we actively pursue whatever our heart desires (e.g. iPad, or in my case, first round Stanley Cup Playoff tickets).

Notice I called it a tinge of guilt -- you could take this guilt feeling to the extreme and think about anyone less fortunate than yourself in every single action you take, from flushing the toilet, to turning on the air conditioner, to drinking a beer with your friends. I firmly believe that kind of guilt is paralyzing, and can ultimately interfere with your ability to support even your own basic needs. So how would we reconcile our desire for new and cool things with this nagging feeling that you could have done more with the money, either by saving it or trying to correct an ill of society? I do not have the answer to that.

I did not buy an iPad today because I could not find a legitimate reason to own one, not because I did not want one. Samantha and I would have a debate on the "afford" one portion depending on whose paycheck has cleared. I got playoff tickets because I wanted to go and knew that I would enjoy the game immensely. Again, whether they could be afforded is up for debate. I do not feel self-righteous for not spending the money on the iPad, but I do not feel guilty for spending the money on the playoff tickets.

The song was about aspiring to the middle to upper middle class while putting the days of harassing bill collectors behind him. Despite the underlying tone of greed and self-centeredness, I hope that the subject of the song was able to achieve his goals of "peace, love and happiness." Is that not what we are all after?